On this day, Sept. 21, in 1989  Hurricane Hugo paid a call to the Lowcountry. He was not a gentleman and left twenty-seven souls dead in South Carolina, nearly 100,000 homeless, and somewhere around $10 billion in damages.  I remember as if it were yesterday and as one of the most frightening experiences of my life.  The storm came on a Thursday and over the next few days we crawled out of homes to survey damages.  We adapted to no electricity or running water.  On Sunday, I gathered with members and friends of St. Paul's , Summerville where I was serving as an Assistant to the Rector.  No electricity in the Church building but plenty of power abounded.  We were thankful to have survived, in prayer for those who had suffered loss, and holding on to each other.   Every year I am struck by the Collect of the Day which followed on Sunday the 24th of September.  It reads

Grant us, Lord, not to be anxious about earthly things, but to love things heavenly; and even now, while we are placed among things that are passing away, to hold fast to those that shall endure; through Jesus Christ our Lord, who lives and reigns with you and the Holy Spirit, one God, for ever and ever. Amen. 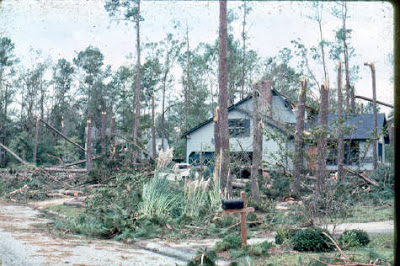 This was not our home but the scene was similar.  Trees down everywhere - snapped off about twenty feet up. The landscape and homes trashed.  Two 90 pine trees came down into our house.  Not as bad as McClellanville and environs where the big surge tide came through but bad enough to never forget!

May we never need a Hugo to remind us to love things heavenly and to hold fast to those that shall endure.

Posted by The Rev. Dr. Jennie Clarkson Olbrych at 11:24 AM 2 comments:

Something Light! Animals Mistaken for Spies 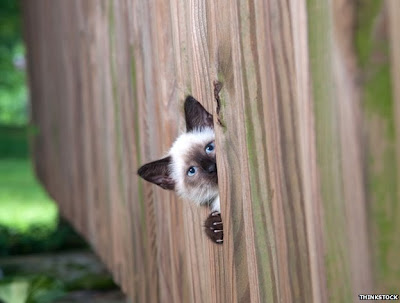 
Egyptian authorities detained a stork last week on suspicion of espionage, mistaking its migration tag for spying equipment. In fact the stork was innocent - like a number of other animals falsely accused over the years of undercover work, writes Mohamed Madi.

In 2011, Saudi authorities arrested a high-flying vulture on suspicion that it was flying missions for Israel's famously ingenious Mossad agency. And a spate of shark attacks near the Red Sea resort of Sharm el-Sheikh in 2010 was blamed by one TV station on GPS-controlled predators planted by Israel in order to harm the Egyptian tourism industry.

Iran has also felt threatened by animal agents. In 2007 the Iranian army arrested a team of 14 "spy squirrels" found near a nuclear enrichment plant. Officials said they succeeded in apprehending the suspects "before they were able to take any action".

I am especially interested in the team of 14 "spy squirrels"  - I am sure I have some at my house!
Posted by The Rev. Dr. Jennie Clarkson Olbrych at 9:46 PM No comments: