The lections are daunting. You can find them here. Where does one begin? What strikes you as you think about triumph turned to tragedy in a blink of an eye?

Posted by The Rev. Dr. Jennie Clarkson Olbrych at 8:02 PM No comments: 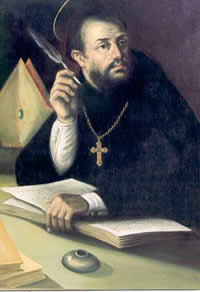 This morning we began the service with the Penitential Order which includes, as an option, a recitation of the Ten Commandments (also known as the Decalogue). Having served St. James Santee for just one year now, we are still getting to know each other. To chant the Decalogue or not to chant was the question. We took the plunge and it actually sounded terrific. Well done, people!

There is something about singing words that helps them sink in more deeply. May we praise God in this way often!

The Bible passage that I will preach on is the following. I have some ideas, but wonder what you think would be helpful to focus on with this terrific text.

4even though I, too, have reason for confidence in the flesh. If anyone else has reason to be confident in the flesh, I have more: 5circumcised on the eighth day, a member of the people of , of the tribe of Benjamin, a Hebrew born of Hebrews; as to the law, a Pharisee; 6as to zeal, a persecutor of the church; as to righteousness under the law, blameless. 7Yet whatever gains I had, these I have come to regard as loss because of Christ. 8More than that, I regard everything as loss because of the surpassing value of knowing Christ Jesus my Lord. For his sake I have suffered the loss of all things, and I regard them as rubbish, in order that I may gain Christ

9and be found in him, not having a righteousness of my own that comes from the law, but one that comes through faith in Christ, the righteousness from God based on faith. 10I want to know Christ and the power of his resurrection and the sharing of his sufferings by becoming like him in his death, 11if somehow I may attain the resurrection from the dead. 12Not that I have already obtained this or have already reached the goal; but I press on to make it my own, because Christ Jesus has made me his own. 13Beloved, I do not consider that I have made it my own; but this one thing I do: forgetting what lies behind and straining forward to what lies ahead, 14I press on toward the goal for the prize of the heavenly call of God in Christ Jesus.

Just in case you were wondering....

“I am not asking, nor have ever asked, anyone to make a choice about leaving the Episcopal Church. I am saying that many need to awaken from their slumber if they do not want their beloved Church to be dominated by an extremist agenda. I understand that many do not have a stomach for the game and prefer to sit on the sidelines. So be it. But please: You may say I am wrong. You may say I am reactionary. You may say I have a log in my eye. But don’t put words in my mouth. I haven’t asked anyone to leave TEC and I’m making no plans to leave. I have lived with others misrepresenting me for five months. Now it is my turn and I’m taking it. “

This is followed by a very fine interview with our once and future Bishop Elect The Very Rev. Mark J. Lawrence.

(To get to the article click on the underlined words)

Posted by The Rev. Dr. Jennie Clarkson Olbrych at 3:14 PM No comments:

Today St. James Santee Episcopal Church begins its blog. The purpose of the blog (short for web log or journal) is to have a place to post church notices, articles and links of interest, reflect about upcoming sermons , and to just visit in general. Members, friends, and visitors are all welcome. Please use good sense in posting and refrain from making comments that could be considered slander, gossip or other unpalatable remarks. Our guide is speaking the truth in love. So let the conversation begin!

Posted by The Rev. Dr. Jennie Clarkson Olbrych at 2:22 PM No comments: